Born and raised in Brooklyn, New York, Cheryl Gross is a visual artist, writer, and motion-graphic artist living and working in the New York area. She is a professor at Pratt Institute, Brooklyn, NY and Bloomfield College, Bloomfield, NJ. 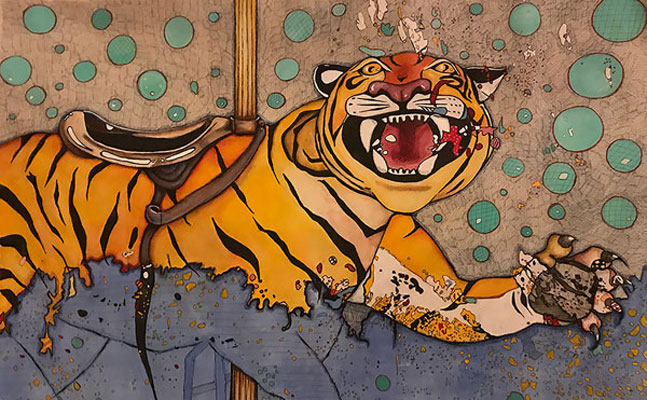 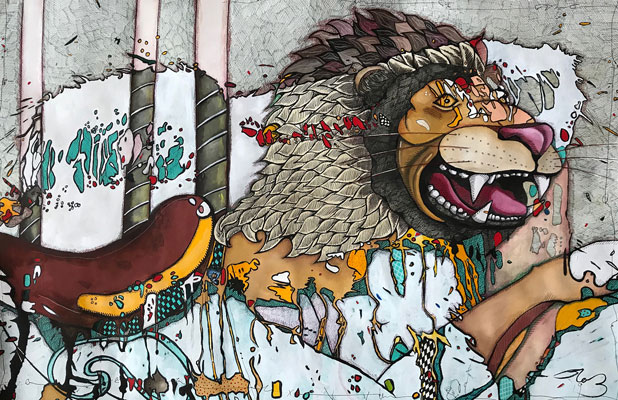 The carousel I used as reference is based on a trip to Turtle Back Zoo. The imagery is a combination of figurative and abstract problem solving, as well as depicting the narrative of the piece.

“I equate my work with creating and building an environment, transforming my inner thoughts into reality. Beginning with the physical process, I work in layers. I am involved in solving visual and verbal complexities such as design and narrative. My urban influence has indeed added an ‘edge’ to my work, much like Dr. Seuss on crack.”