A strong desire to follow her passion for painting led her to move to the United States where she earned a four year Certificate in Painting at the Art Student’s League of New York. Upon Diana’s completion of the ASL program in 2014, she joined the Grand Central Atelier’s Core Program where she completed her fourth year certification in Drawing and Painting in May 2019.

She is a resident of Jersey City since 2016. She teaches Portrait and Landscape Drawing and Painting at Grand Central Atelier and workshops at The Art Students League of New York and other institutions around the world.

Representation is the primary focus of Diana’s work. Her biggest interest as an artist is to express her thoughts and perceptions of reality by studying Nature. Diana’s major focus is Figure and Portraits from life, Still Life and Landscape painting. She is constantly referencing her work by looking and copying old masters work from the Renaissance to 19th Century Russian and European Art.

She was recently awarded with a Certificate of Excellent Award from the Portrait Society of America for her painting Portrait of a young dancer in April 2019. Diana has been the recipient of many other awards and fellowships, including the Hudson River Fellowship and The La Napoule Art Foundation/Grand Central Atelier Residency to paint Plain-air landscapes in France at the Chateau de La Napoule. 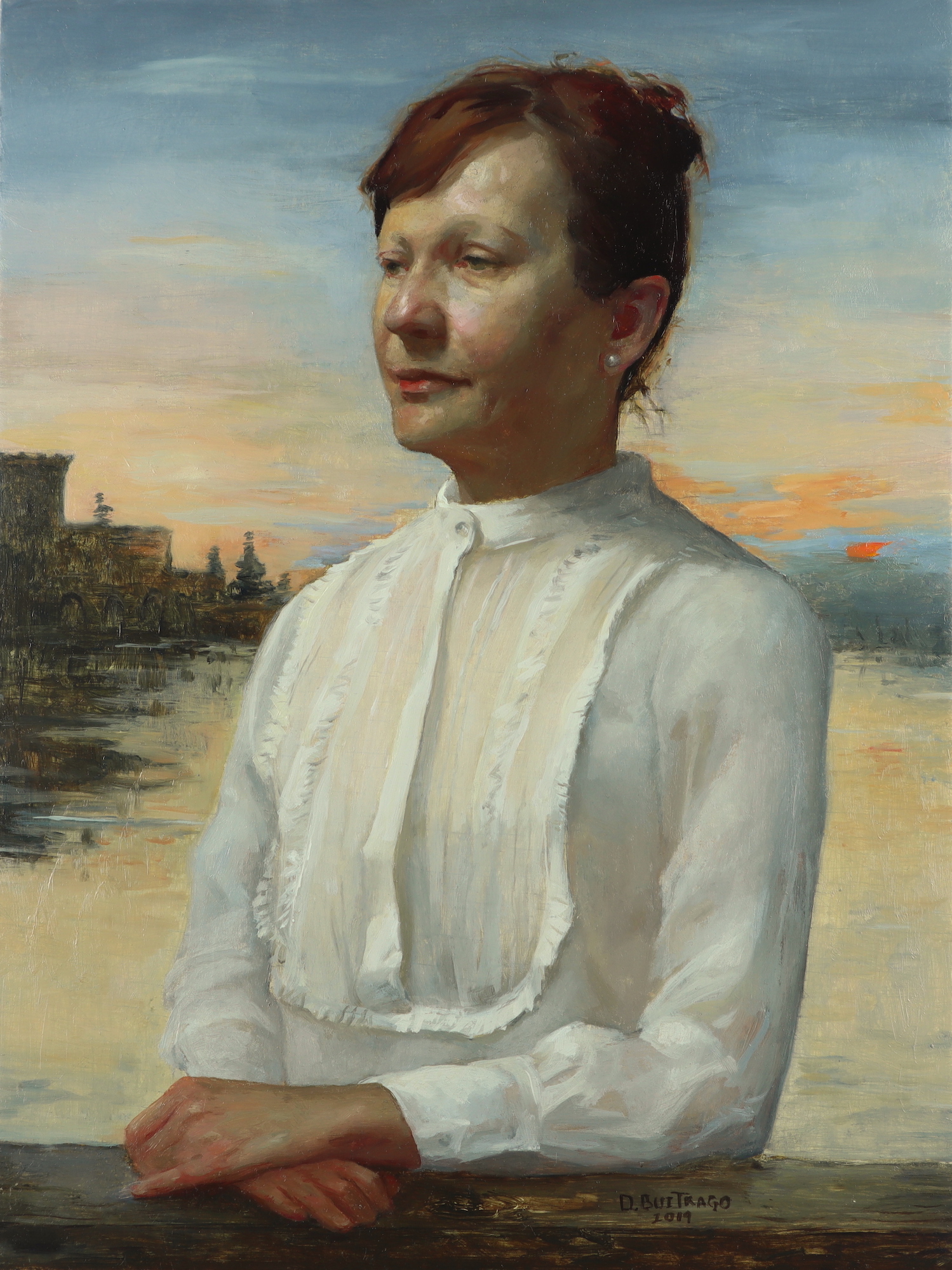 Portrait painted from Life. The landscape was incorporated in studio from a plein-air sketch done during the La Napoule Fellowship in France 2018.

Framed: Antique white a.k.a the “Degas Finish” with 23k gold liner. The profile and liner were entirely shaped with hand tools and antique wooden rabbet planes. By Carino Frames @carrie.carino