Edward Fausty is a photographer and printmaker specializing in collotype and digital pigment printing on fine papers. His relationship to the medium began long ago when he was given a roll film camera at the age of four and began darkroom work at the age of eleven.

Deeply influenced by his undergraduate work with Joel Meyerowitz at The Cooper Union and graduate work with Richard Benson at Yale University, his direction and evolution over the decades has involved considerable experimentation with a consistent interest in color, ink, and paper.

Some notable projects are A FRAGILE UTOPIA, intimate artist studio views within 111 First Street, a factory in Jersey City; NEXT FRONTIER, views of the land and sky at night; and WORLDS, ultra wide circular views of the forest. Alll these projects have been anchored in the classic tradition of the fine print.

Fausty’s work is represented in such collections as The Canadian Center for Architecture, The George Eastman House, The U.S. Library of Congress, Pfizer Corporation, Yale University and others. He has exhibited work at Princeton University (Atelier Fellowship with Accra Shepp), The Brooklyn Museum of Art, Gallery Bi Damas in Japan, Paul Sharpe, DM Contemporary and Carter Burden Galleries in New York City, The World Theatre Festival in Nancy, France, and Inquiry Art Gallery in Boonton, New Jersey.

His series Next Frontier: the Land and the Night Sky has been featured at the Hunterdon Art Museum in Clinton, NJ, the Lewis K. Meisel Gallery in New York City, and the Visual Arts Center of NJ. Fausty has also received NYFA and NEA fellowships working with Brian Rose on a project documenting Manhattan’s Lower East Side. 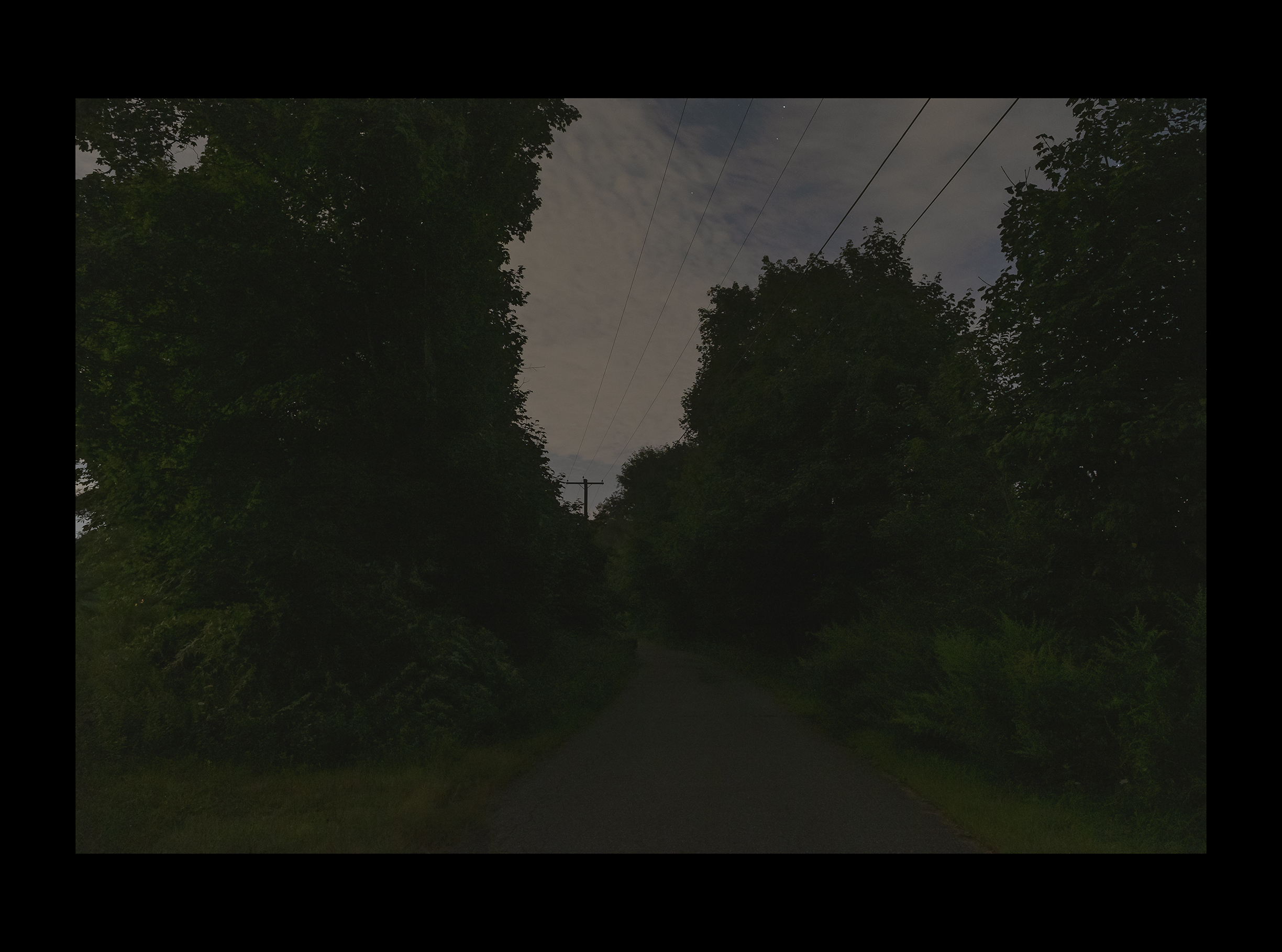 #03997 from Next Frontier (Down Towpath Road)
Edward Fausty
digital pigment photograph
25 x 35 in.