Jody Olcott earned a Bachelor of Science in Design and Environmental Engineering from Cornell University, which led to varied careers in product design and the arts. Her early work was both assemblage and collage exhibited in NYC.

A trip to Russia provided the catalyst for the icon series in the early nineties, with her most recent solo exhibit at Morpeth Contemporary in 2017 entitled, “Requiem.” 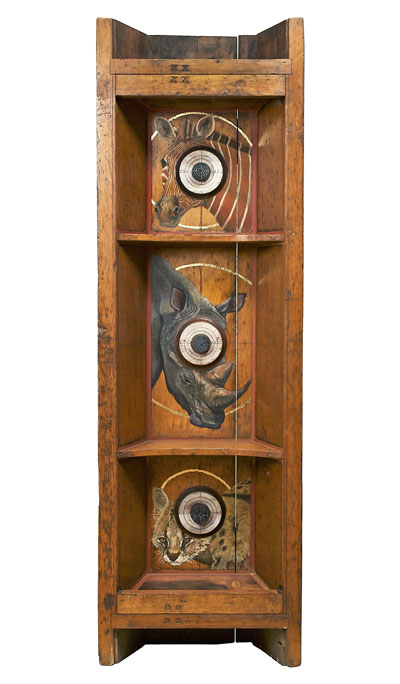 Requiem means, “and act or token of remembrance.” The icons and altarpieces in this series honor not saints but species that are no longer here, creatures we have in effect banished from the earth. We mourn their passing, but for the sake of reminding us of what we still might save. Quagga extinct 1883 | Western Black Rhinoceros extinct 2011 | Cape Serval extinct 1816.

All three animals were native to the African continent until exterminated.  A relative of the horse the quagga was ruthlessly hunted for meat and leather.