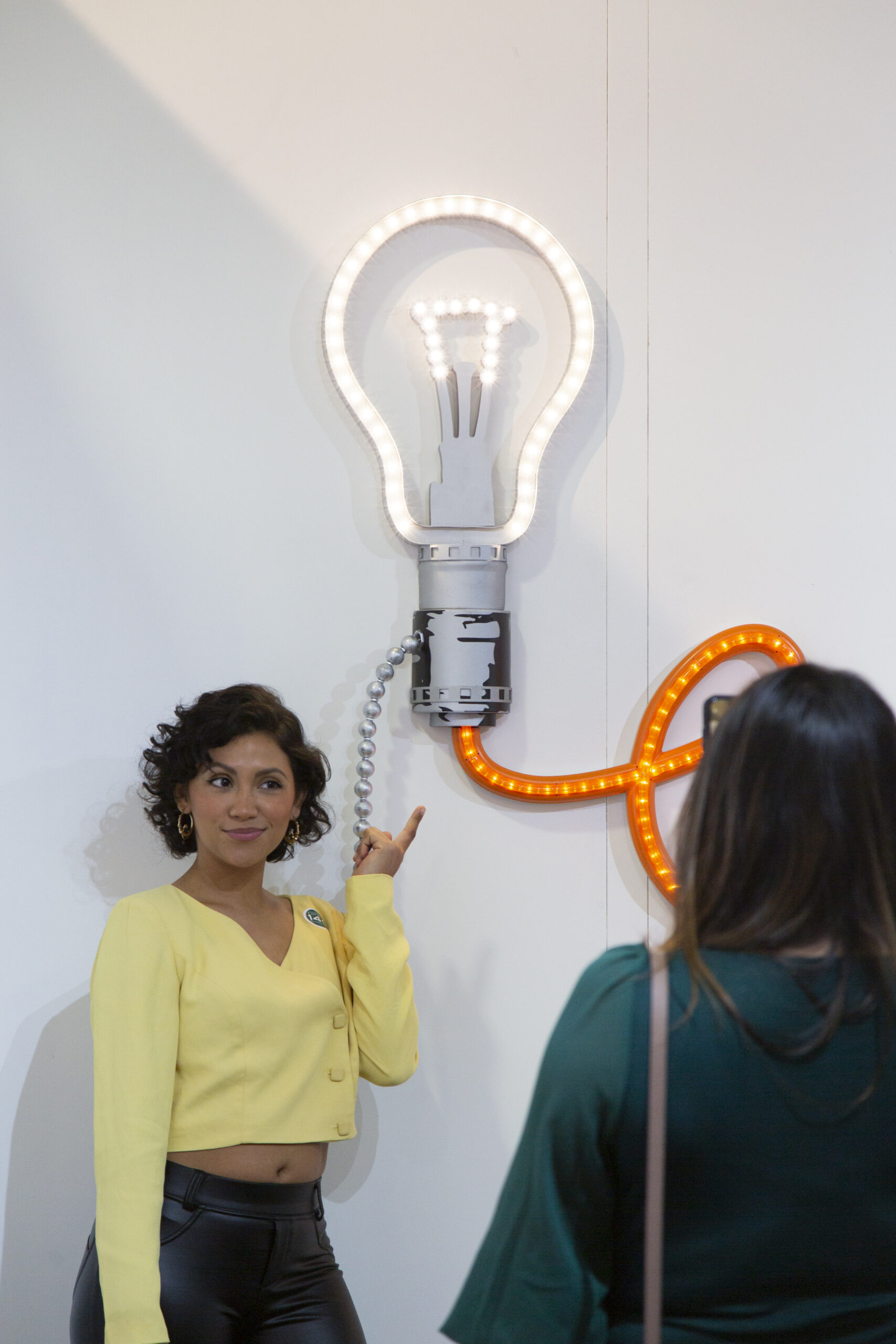 Our name is a wink to the “what exit?” joke about New Jersey, but we take our Jersey-centric nonprofit mission seriously.  We work to strengthen and support artists and arts organizations and businesses, particularly in our home state.

Although the annual art fair in Jersey City in November is the centerpiece, our mission to support the visual arts and artists continues year round.

The annual fair provides a showcase for hundreds of artists from New Jersey, New York and around the world, giving area art lovers exposure to a wide variety of visual arts, of all kinds and for all budgets.

Our nonprofit model is an art fair that reduces the barriers for access to the art world, for both visitor and exhibitor.  Our subsidized exhibition booths are offered at cost or below cost, allowing smaller galleries, as well as non-traditional exhibitors, the opportunity to gain art fair experience at a fraction of the usual cost.

Unique to Art Fair 14C, and of central importance to our mission, is The Showcase, which is for New Jersey-based artists.

Art Fair 14C is able to fulfill its nonprofit mission to support and strengthen all parts of the visual arts ecosystem through donations and sponsorship.

The world of fine art can seem inaccessible, abstruse and elitist, filled with language, codes and rules that can feel inexplicable.

ART FAIR 14C is located in Jersey City, one of America’s most diverse municipailities—accessible, open and egalitarian. The most frequent comment we hear about our fairs is about the great energy at the Fair—a weekend of fun, with extraordinary and surprising art to explore around every corner.

Art fair 14c staff
2022 judges
advisory board
board of directors 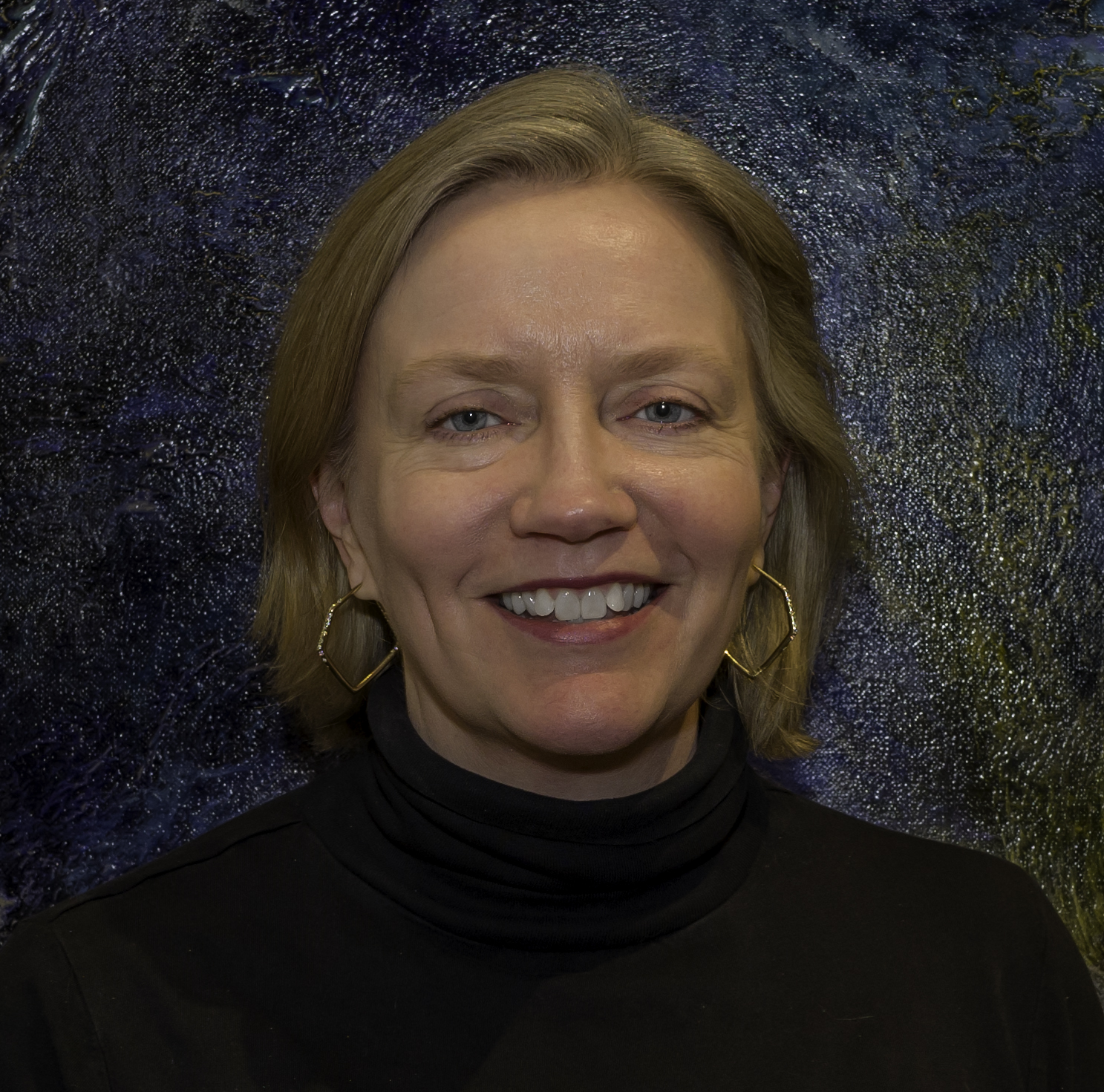 Robinson Holloway is the Founder, Board Chair and pro bono Executive Director for Art Fair 14C.

She created Art Fair 14C as an initiative of the Jersey City Arts Council in 2018 while Chair of the JCAC Board of Directors.

The founder of two non-profit galleries, including Village West Gallery in Jersey City, Holloway also serves as Chair of the Board of Directors of the London based Association of Women Art Dealers.

She is also involved in her community, serving on the Board of Directors of the Hudson County Chamber of Commerce as well as co-chair of the HudsonGives Steering Committee.  She is also the Vice President for Communications for the Village Neighborhood Association.

Her focus on the arts came after a long career in sports journalism, focusing on PGA Tour coverage for Sports Illustrated, ABC Sports, ESPN and Golf Channel. 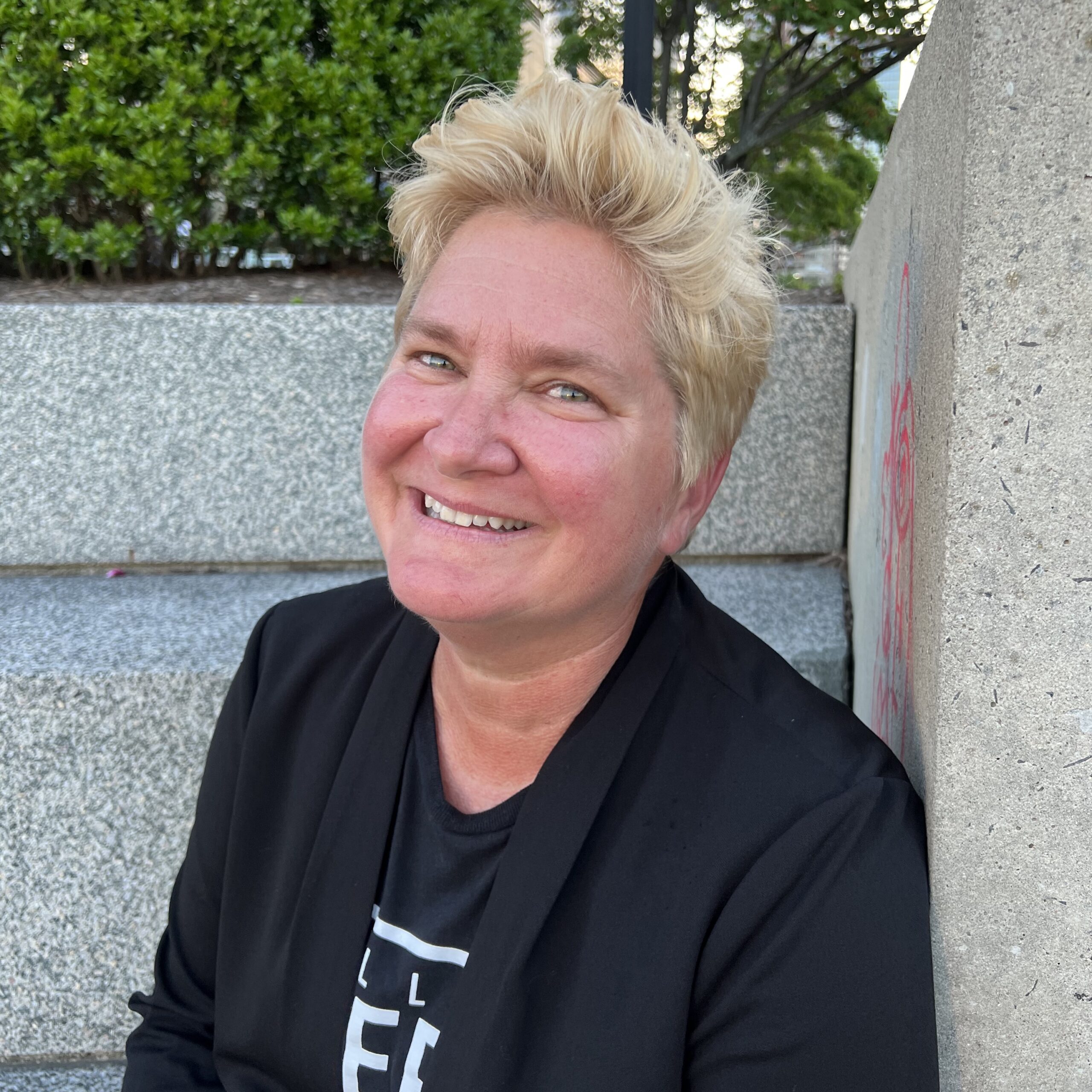 Kessinger is an abstract painter with a love for experimental video, focusing on feminism and LGBTQ+ herstories. She has worked in museums, NYC based as well as rural and urban New Jersey, and has managed artist spaces since the mid-nineties. She has a passion for creating programs around inclusion, social justice, and diversity.

She has produced several independent curatorial projects in New York and New Jersey since 1999. Kessinger has functioned as a producer of emerging artist residency programs and exhibitions at the Monmouth Museum, the Bronx Museum of the Arts, Aljira A Space for Contemporary Art, and ChaShaMa Space to Present and Create Gallery and Studios. She was part of the team that produced the premier Greater New York Exhibition collaboration with The Museum of Modern Art, Summer Warm-Up Party, and PS1 + MoMA merge.

Kessinger currently works as a curator, visual arts producer, educator, and arts advocate, with a passion for creating Art Spaces that work towards bringing local communities together. 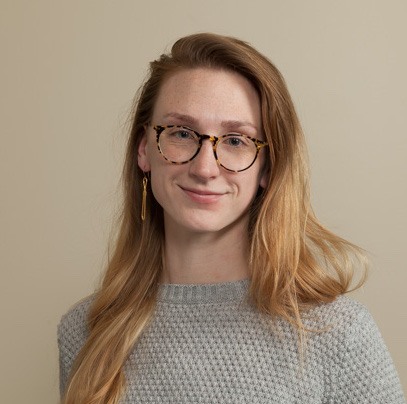 Von Koenig is a PhD Student in Design History. She holds her MA in History of Design and Curatorial Studies from the Cooper Hewitt, Smithsonian Design Museum and is an adjunct professor of design history at Parsons School of Design, New Jersey Institute of Technology, and Kean University.

She was a curator and grant writer for the Apple Tree House in the Office of Cultural Affairs, City of Jersey City and has worked as a design writer and editor for Metropolis Magazine, Cooper Hewitt, and Plot(s) Journal of Design Studies. She has presented original scholarship and chaired sessions at the annual conferences of Design History Society, College Arts Association, and The National Conference on the Beginning Design Student, and been featured in the NYTimes. 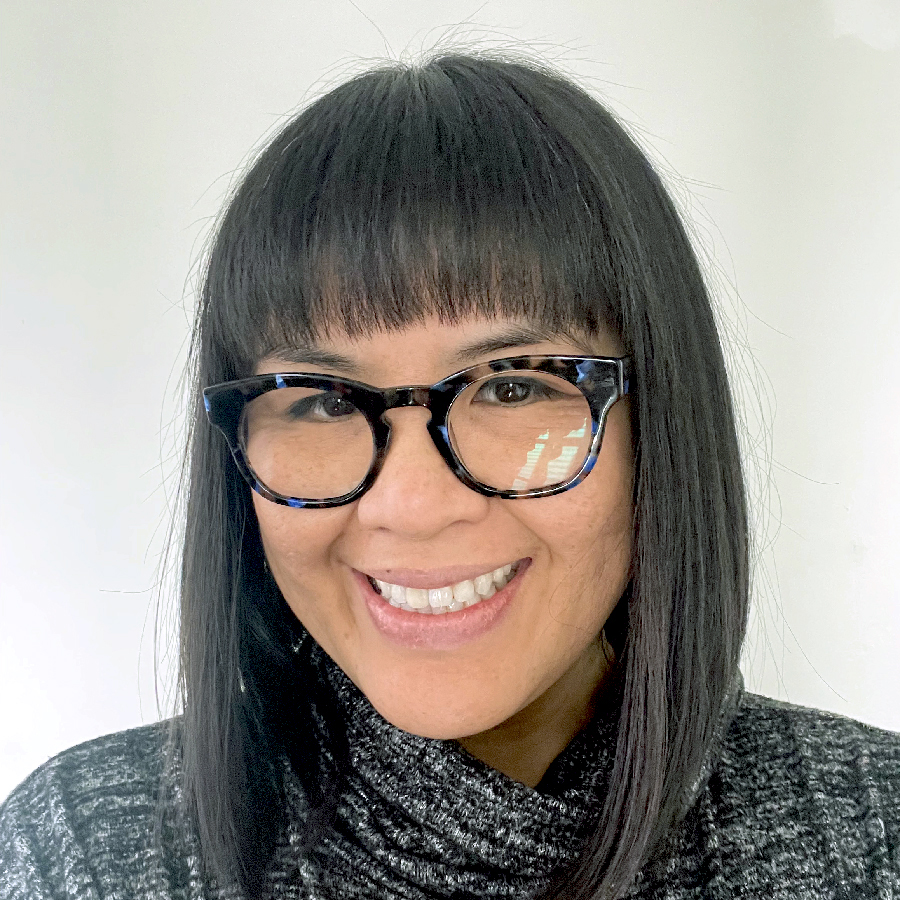 Go is a curator, designer, artist and co-founder of MK Apothecary Gallery. Kristine has worked as a design director for retailers in the apparel, home and social experience industries. She runs and owns the design studio, Pattern Curator. Passionate about cultivating creative communities, Kristine is a member and involved in various art and design related groups including the Association of Women Art Dealers. 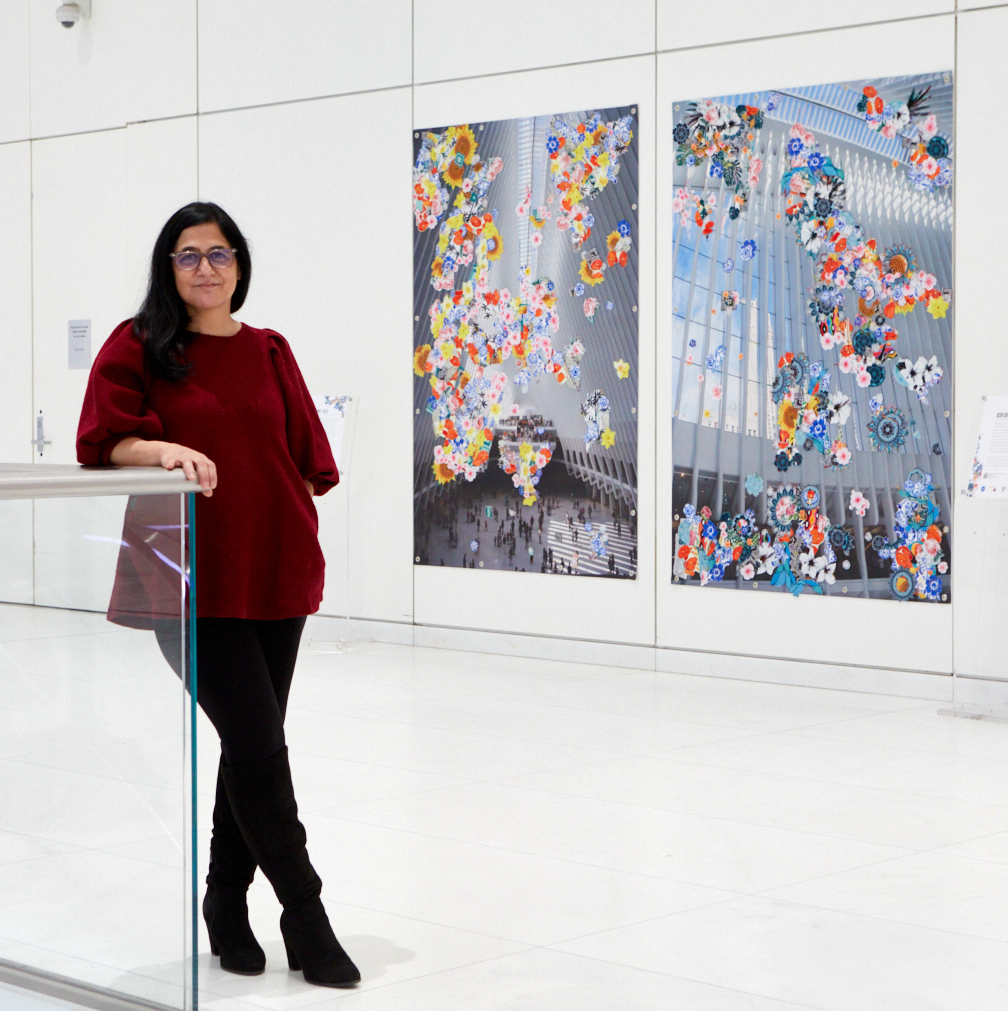 Vitale is a curator, college director and professor, and artist.

Referencing her unique stitching and use of fibers, she trademarked the name Woolpunk®, which she has been using creatively since 2004. Her hand appliquéd photographs Ocufluent I & II were featured at the World Trade Center in Lower Manhattan in tribute to the 20th anniversary of September 11. Additionally, over the past two years, Woolpunk® knitted fiber installations have been featured at Bergdorf Goodman, Bravin Lee Programs, the Fashion Institute of Technology, and the Rockefeller Foundation’s Treasure Room in Manhattan.

Currently, she is the Director of the Benjamin J. Dineen III and Dennis C. Hull Gallery and the Department of Cultural Affairs for Diversity, Equity and Inclusion at Hudson County Community College.

Carolyn Abdalla is an undergraduate student studying architecture through NJIT’s accredited program and is a Dean’s Scholar. She has an interest in sustainability and has worked with the nonprofit Greener JC. She graduated from McNair Academic High School as a member of NHS.

Ruby Baker is a Studio Art student at Kenyon College with a focus on art history, drawing, painting, and printmaking. Born into a family of artists, she was raised surrounded by the love that flows throughout and binds the arts community. She is passionate about a new study of the art world—one that breaks away from the Euro-centric, colonial, and male chauvinistic narrative that pervades art history. She strongly believes that art should be accessible, equitable, and that the value of artwork is fascination, not a monetary number.

This website uses cookies to improve your experience while you navigate through the website. Out of these cookies, the cookies that are categorized as necessary are stored on your browser as they are essential for the working of basic functionalities of the website. We also use third-party cookies that help us analyze and understand how you use this website. These cookies will be stored in your browser only with your consent. You also have the option to opt-out of these cookies. But opting out of some of these cookies may have an effect on your browsing experience.
Necessary Always Enabled
Necessary cookies are absolutely essential for the website to function properly. This category only includes cookies that ensures basic functionalities and security features of the website. These cookies do not store any personal information.
Non-necessary
Any cookies that may not be particularly necessary for the website to function and is used specifically to collect user personal data via analytics, ads, other embedded contents are termed as non-necessary cookies. It is mandatory to procure user consent prior to running these cookies on your website.
SAVE & ACCEPT